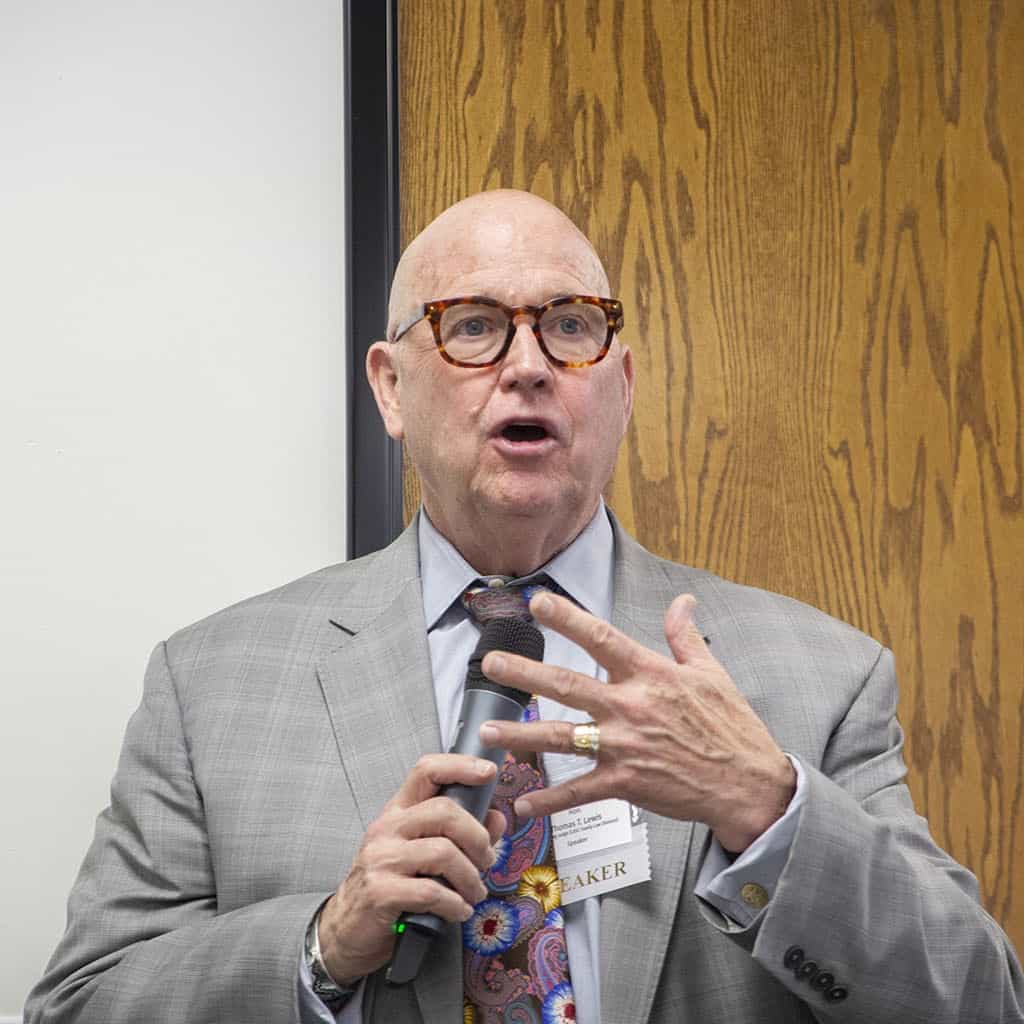 Divorce, no matter what the reason or how much the parties try, is difficult for everyone, especially the children who are often in the middle of the struggle. On November 5, 2012, close to 50 people gathered at the home of Everychild member Jaime Meyer for a salon to discuss this important issue.

Through their interdisciplinary collaboration, Lewis and Lund are working to minimize children’s exposure to conflict because even in happy homes, conflict scars, “My parents have had a relatively good marriage for 65 years and I still remember a fight that they had when I was seven years old – you can pull up a conflict very clearly for a lifetime,” said Lewis.

For parents who are separating, diminishing conflict, “often involves minimizing face-to-face exchanges so kids don’t have to see their parents glaring at each other,” said Lund who commented shortly thereafter that doing this is becoming more and more of a challenge as the social service systems that work with the courts are being drastically cut.

Toward this end, Lund has created Collaborative Family Law to provide a venue for all parties to be heard and for the child’s interest to truly be a priority while minimizing the financial and emotional devastation of divorce. Lund noted that there is strong research that supports putting high conflict parents in psychological educational groups where they are led through structured educational exercises, similar to a program available through the court system until its funding was cut. Lund is also a fan of “Kids’ Turn” (http://kidsturn.org) available via the Family Law Courts in San Francisco but not in Los Angeles.

Supervised visitation is another victim of the current cost cutting to support programs for those going through the Family Law system. “There are cases where I have to order it but there is no funding for a supervisor and the family can’t afford it independently,” said a clearly frustrated Judge Lewis, “I have to make these orders where there is evidence of abuse but I know that when I do, that dad won’t see that kid because of the cost and there are no grants available. The court is not a social welfare program, this is not the court’s place, but we do need the support of such services,” Lewis added.

As Jacqueline Caster said at the end of the evening, “I’m always overwhelmed at the scope of the problems highlighted by these salons – but glad that we are more informed philanthropists and hope that we can make a dent in the pain far too many children are suffering through future grants.”